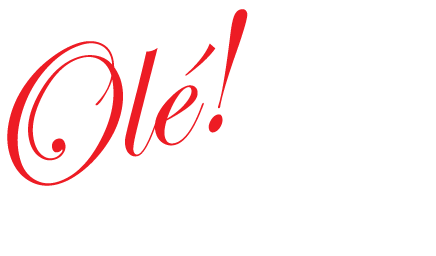 The art of Bullfighting is a show full of danger, excitement, and thrills. The killing of the bull is still practiced to date in other countries however, here in the United States the show has evolved into the bloodless bullfight. In order to maintain the traditions of bullfighting, changes have been made to keep the integrity of the art, without causing harm to the bull. Before the bullfight starts, there is a parade in which the Bullfighters and their assistants enter the ring together proudly walking towards the judges box offering a salute to the plaza judge and his advisors. The head judge or “President” with his two advisors, who assist in judging the bullfight, stands and solutes the bullfighters as they enter the ring. The Bullfighters wear a customary and distinctive costume called a suit of lights inspired by the 18th century Andalucian clothing. After the parade, the most senior bullfighter, takes position on the opposite side of the ring from the where the bull will enter and the action begins. The Bullfight is a highly ritualized event consisting of three thirds called the opening third, the second third, and the final third.

OPENING THIRD THE BULL’S ENTRANCE/CAPE WORK
The first bull will enter the ring through the gate and the bullfighter and his assistants will begin to test and assess the bull’s behavior. All the bullfighters will be carrying a cape at this point. The cape is large and is usually managed with both hands. The bullfighter will step into the ring to officially open his performance using creative and stylish opening passes to take control of the bull. The work with the cape is often seen as one of the most visually appealing parts of the bullfight. The basic and most classic pass performed during this phase is called the “Veronica”. The “Veronica” is a maneuver in which the bullfighter stands with both feet in position and swings the cape slowly from the charging bull.

SECOND THIRD THE ACT OF THE BANDERILLAS
The banderillas are straight sticks made of wood, decorated in bright colors, with the spear being replaced with Velcro. The Velcro attaches the banderillas to a secured Velcro pad on the back of the bull. The lead bullfighter or his assistants may place the banderillas on the bull. This stage of the performance will take place at the discretion of the Bullfighter after assessing the bull’s condition. The Bullfighter will determine how many pairs, if any, will be placed onto the bulls back. This can range from 2-3 pairs. The placing of the banderillas signals the next and final act or third.

FINAL THIRD THE RED CAPE
In this final stage the bullfighter re-enters the ring alone with a small red cape. Prior to starting the work with the red cape the bullfighter will dedicate his performance to an individual or the entire audience. After this dedication, the bullfighter uses his red cape to attract the bull in a series of passes, which demonstrate his control over the animal while risking his life getting extremely close to it. The red color of the cape is a matter of tradition, as bulls are colorblind. The final third is traditionally where the bull is killed by a sword; however, in bloodless bullfighting we have adapted to save the animal. The bullfighter will plant a Velcro tipped banderilla, decorated in black, into the center of the bulls’ shoulder in a very risky face-to-face showdown. This marks the end of the performance and leads us into the awarding of trophies.

TROPHIES
The President and his advisors award trophies according to the performance of the bullfighter and the bull by waving colored handkerchiefs. Input from the audience is taken into consideration.

CELEBRATORY WALK
After the Bullfighter receives his trophies, he and his assistance take a celebratory walk around the plaza proudly displaying his awards. At this time, audience members may show their approval with applause while throwing items into the ring like flowers, hats, and flasks in which the Bullfighter will drink from and return to the audience.

The PLAZA JUDGE awards the trophies by waving a series of handkerchiefs.

Trophies are awarded as follows:

The public can influence the decision of the Judge in what will be awarded to the Bullfighter by participating and waving their handkerchiefs.